Should We Be Hopeful?

By now, we know the story—the climate crisis is here, there, and everywhere, and it is terrifying. We should be worried, things look bleak. But COP26 will once again bring together world leaders promising change—so, should we be hopeful?

While I usually write with a bit of hope, passion, and energy that reflects my belief in the capacities, skills, and agency of ordinary people, what concerns me most in the lead-up to COP26 is not just the unfolding climate crisis, but my complete lack of faith in these institutions to even come close to realising and committing to the necessary changes. We have been here before, and we will be here again. The climate change narrative that is driven from above by these leaders tends to be managerial, technical, and is insufficient for addressing the underlying causes of the climate crisis. What we are dealing with isn’t simply an environmental problem with technical surface-level fixes—it is a deeply-rooted political and economic issue.

It has never been more important that we understand and highlight the power struggles around the politics of climate change. We know that the climate crisis is more devastating for some communities than others—despite common rhetoric, it is not experienced by “everyone”, but people’s experiences of climate change often reflects underlying economic, social, and political injustices and inequalities (such as gender inequality and poverty). But, the people who bear the brunt of this crisis are regularly told that they need to be “resilient” by the richest and most powerful, which is perhaps not surprising, when you consider what is at stake.

Oxfam’s 2020 report demonstrated that the richest 1% contribute more than double the emissions of the poorest 50%. Further, a comprehensive report by the non-profit group CDP highlighted that just 100 companies produced 71% of global industrial greenhouse gases since 1988, and over half of global industrial emissions since this point can be traced to just 25 corporate and state producers. These same corporations are beneficiaries of a systemic issue which exploits and impoverishes those who are most vulnerable to the climate crisis.

But, a quick glance at the COP26 website reveals a problem here—it is sponsored by and is partners with Microsoft and Unilever, as well as other major corporations who are right at the heart of this systemic problem and also apparently hold the “solutions”. The result is that we tend to see a two-fold narrative emerge—on the one hand, technological fixes to the current system (that not only fail to challenge these underlying problems, but seek to maintain and perpetuate them), and on the other, individualised narratives of consumption and behavioural changes (such as not rinsing your dishes before loading your dishwasher, according to the Prime Minister’s climate spokesperson Allegra Stratton). This political and corporate spin only serves to distract us from the root problems and solutions (McDonald’s now have paper straws, we’re saved!).

This is why I believe that the climate crisis can only be dealt with through genuine systemic change. This requires deeper democratisation of our economic and political structures so that they are driven by and serve ordinary people’s needs and desires rather than those of the economic and political elite. There are experiments with changing and challenging these power structures, however, such as Citizens Assemblies, which have played a prominent part in political campaigns for climate justice and citizen-led change, a mass of energised young activists, and also forms of municipalism that are building genuine democracy at the local level. What these all represent are citizens fighting for a greener, more equal, and fairer future, and in doing so actually taking back control. 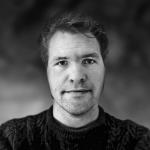