Put your money where your mouth is: Improving diversity in funding

What are the limitations in the system that mean funding isn't more equal? Rob Callaghan is looking at Nesta's recent data to understand more about who is applying for their funding and why data matters.

For most of us, if we’ve got a good idea and we want to make it happen we’ve got to approach someone else for money.

You could be a scientist with an answer to a problem, an entrepreneur with a business idea, a charity with a new way to help or a public servant with a better way of running things. They all need cash, or their idea is going nowhere. Governments, foundations, philanthropists, financial institutions and research councils all have processes so the money they oversee gets to where it’s needed.

Research shows if they get it wrong, it can have major consequences. Gender is one blind spot which we’re beginning to understand. Medical research funding has prioritised male scientists, holding back our understanding of women’s health. Venture capital has preferred male-led businesses, as has government enterprise funding, lowering productivity and preventing women’s financial independence. Funding organisations recognise these challenges and recently there have been positive changes. Research funders are starting to open up their data and state enterprise agencies are changing how they communicate. Less is known about charities and foundations though.

Background to the research project

I’m working on a project with Nesta, the innovation foundation, try to work out if their programmes show any gender bias. For them, ensuring gender is no barrier to their support is very important. They help people, from the public, charitable and private sector, try new ways of running public services. They believe that experience of how services fail, as a user or a frontline worker, can be the key to making them work better. That means teams which include, or at least listen to, a variety of people. Research says they’re right. Teams that include diverse perspectives produce better products and services for everyone. Gender biased funding processes could mean Nesta helping set up bad public services.

Unfortunately, Nesta has not consistently collected demographic information about their applicants. There are, however, tools online that promise to tell you with great accuracy whether a first name belongs to a woman or a man. For a number of reasons, we should be wary of their promises. They have the same faults and biases as you or I. They struggle to infer anything from names which are commonly used by men and women or names whose associations have changed over time. It’s always better to rely on people telling you their gender directly, however academics have shown some of these tools to be better than relying on nationally published baby name lists alone. With these and other caveats in mind, I’m using them to help Nesta.

Why does it matter?

Public service organisations are resistant to changing themselves from within, which makes an independent funder like Nesta especially important. Evidence shows civil service cultures can block female staff from raising and developing new ideas. Despite evidence showing a good gender mix among legislators leads to a greater focus on improving fundamental public services (such as roads, water and education), the Commons remains mostly male. Despite celebrations over a record number of women being elected in 2019, still 66% of MPs are men. Nesta has a unique opportunity to lower the organisational barriers faced by women trying to make change.

Names reflect power. By my reckoning, there’s only one ‘typically female’ name in the top twenty most popular MP’s first names. Robert, by the way, is 12th most popular. Ranking the names of Nesta applicants produces a much healthier list. If that’s reflected as I continue the project, that’s good news for public services and their users.

What’s less clear is whether their applicants are representative in other ways. Does Nesta include people who are otherwise marginalised by policy makers, such as working class, BAME or LGBT people? Their perspectives are also important, and if Nesta’s processes are biased against them, it could have consequences that are just as bad as over-representing men. It wouldn’t be ethical or rigorous to try to infer people’s identities, other than gender, from their names. Even when we refrain, the tools I’m using to infer gender from first names have their own problems. They can struggle with names which aren’t British in origin, disproportionately obscuring BAME people. They also assume that everyone is a man or a woman, obscuring trans and non-binary people. To maximise the value of its grant making, Nesta needs to hear from these people too. Only proper data collection can help them understand if they are.

To hear more about this project, please get in touch with Robert Callaghan by clicking the profile link below.

Photo by Mitchell Luo on Unsplash 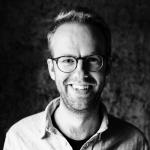