Next of Kin: a performance and discussion about dementia, D/deaf communication and healthcare

As part of the 2020 Festival of Social Science, Y Lab presented the performance of a new play 'Next of Kin' alongside a discussion about dementia, hearing loss and the role of family in health equalities.

‘Next of Kin’ is a play that is based on anthropological research on the dementia care experiences of minority groups (in relation to ethnicity, sexuality and disability) and the impact of microaggressions on people’s lives.

What did we do?

Produced in partnership with Alzheimer’s Society Cymru and Reality Theatre, the webinar showcased research, practice, lived experience testimonials, a play based on research findings and insights from a diverse group of people with the aim of creating shared learning, an impactful understanding of diversity in adult dementia care and a more equal care system.

The event aimed to raise awareness about the importance of D/deaf carer involvement in dementia care and provide participants with a better understanding of the way societal stigma and discrimination impacts on quality of life.

Why is this important?

In the UK currently there are around 87,000 Deaf people who use BSL as their preferred language or first language.  For many Deaf BSL Users English is a second or third language.  For a Deaf patient or carer that uses BSL, going to see a doctor used to mean trying to lipread and passing pieces of paper back and forth, which is very difficult and is not an accessible form of communication. 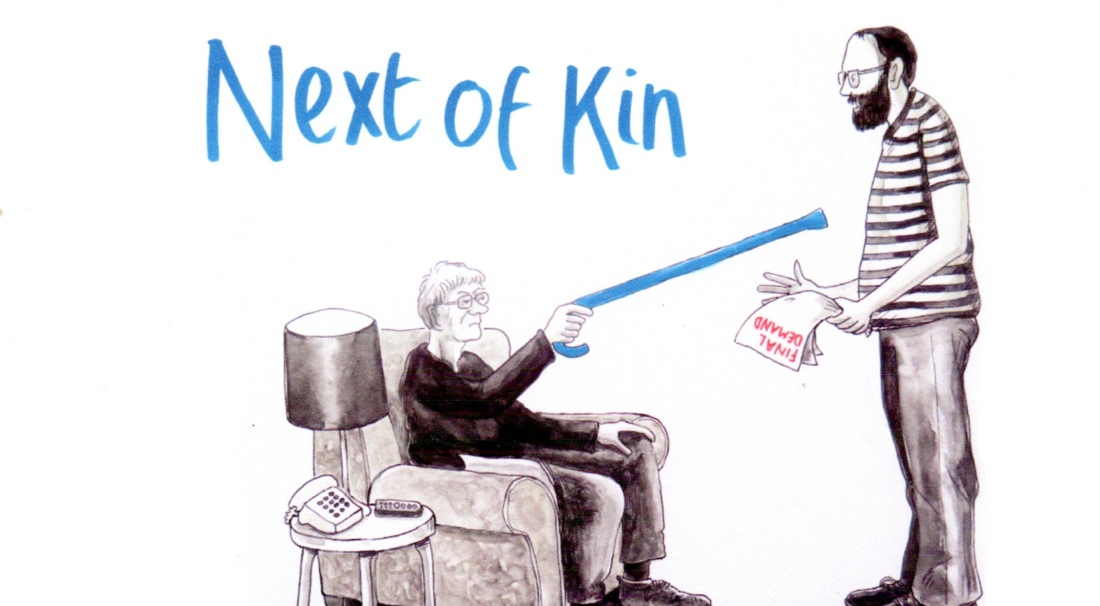 What was the project about?

The research project, Dementia and Diversity, delivered bespoke engagement with different under-represented minority community groups and their experiences of dementia care. It was led by Sofia Vougioukalou.

Data was collected through interviews and engagement meetings in community settings between September 2019 and September 2020. The project looked at the role of kinship and identity within care settings. The analysis focused on identifying similarities and differences between the equality strands of ethnicity, sexuality and disability and subgroups within each strand. The researchers sought to understand the impact of dementia on disrupting perceptions of the self, family and access to healthcare. Chronic illness can disrupt to what sociologists call a biographical disruption that is "the kind of experience where the structures of everyday life and the forms of knowledge which underpin them are disrupted". 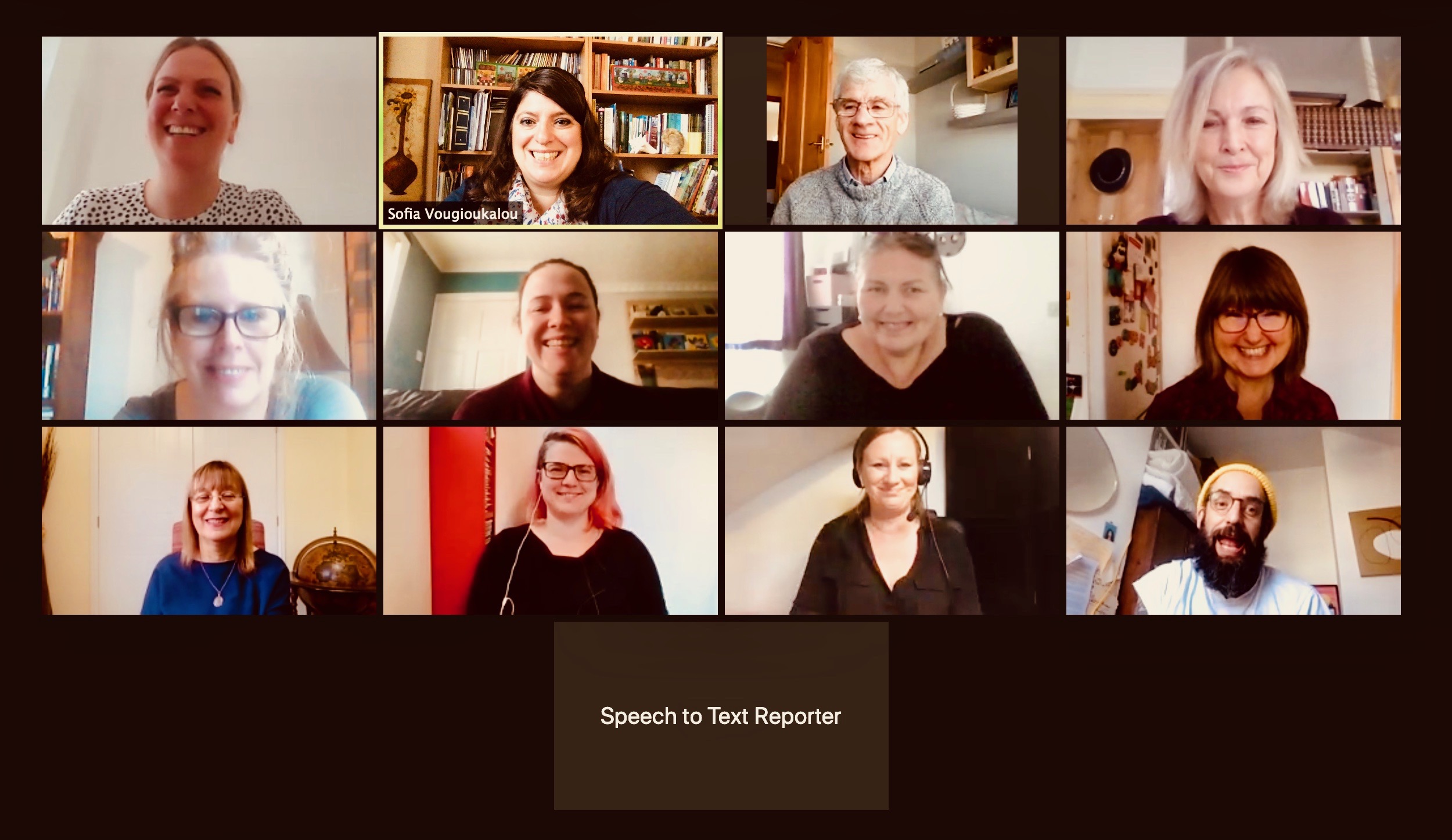 What are some of the dementia care experiences of the Deaf BSL community and those who are hard of hearing?

Sara Mackay introduced her role as the Dementia Friendly Communities Coordinator for Under-Represented Groups/Diverse Communities in Wales at the Alzheimer's Society Cymru and the work she has been doing with the Deaf BSL Community and other individuals with hearing loss.

The Deaf BSL community and those that were hard of hearing faced discrimination, exclusion and ignorance when caring and supporting a loved one with dementia.

Maggie Hampton, who is profoundly deaf and has a cochlear implant, described her experiences when caring for her mother who died from dementia. She experienced difficulties in communication as healthcare providers communicated with her as if she was hearing and she missed many important pieces of information. As a result, she said that she felt she had failed her mother by not being able to provide for her properly in a challenging phase of life.

Carolyn Denmark, is a sixth generation BSL user whose mother and step father, also Deaf BSL Users, died from vascular dementia. She described the difficulties that her mother experienced when hospitalised as there were no BSL users on the ward. As a result key aspects of care such as communication around personal possessions and mealtimes was missed. Similar issues, continued when her mother was discharged at home and received domiciliary care as carers would communicate in the English language which her mother could not hear. Carolyn also shared her stepfather’s journey and described how Deaf family members would visit him at the care home because they were made to feel very comfortable. However, as he was Deaf he was not able to fit in other activities or to communicate with other residents or staff.  Her stepfather was very isolated and unhappy.  Staff could not communicate with him and asked his social worker to arrange a sign language interpreter to visit.   She described the importance of BSL in her community and the role of Deaf advocates and Deaf relay interpreters who ensure that there are no errors in translation from English to BSL and vice-versa.  It is important to bear in mind that some elderly deaf people may not use sign language because their memories goes back to their childhood as they were prevented from signing  and taught in an oral method during their education.

Michelle Fowler, is a BSL user and carer for her father who had dementia. A first-born daughter she considered it her duty to look after her father when he got ill. She described a series of occasions where she was not consulted as a next of kin and made to feel invisible. She described an occasion where interpreters were not booked for consultation meeting where she would be informed about the course of action as a next of kin. On another occasion healthcare professionals came to her house to assess her father without informing her. She was also asked whether there were hearing family members, who could act as Next of Kin, so that the healthcare professionals could communicate with them instead. Michelle highlighted the importance of properly consulting carers and honouring their communication needs.

What were the creative practitioner experiences?

The second panel discussed the potential of applied drama to address health inequalities and showcased the experiences of the director and actors. We heard from Juls Benson, who directed the performance for Reality Theatre as well as actors Jonny Cotsen, Kiri Evans and Steve Lansdown. The experience of rehearsing and performing the play had been transformative and each felt in different ways that their perspectives had been changed and understanding of how important effective and appropriate communication was when supporting carers and people with dementia. Jonny Cotsen who is a deaf creative practitioner and played the role of the deaf son in the play highlighted some of this own experiences where professionals communicated only with hearing members of his family and did not involve him in decision-making. 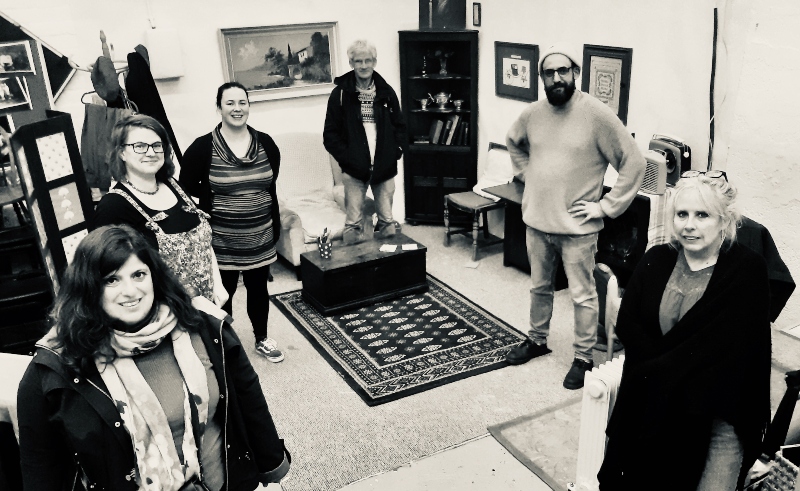 What type of research informed this play?

The primary goal of the research was not to evaluate dementia care per se but rather to understand whether discrimination took place within health and care settings, what forms did it take and what was its impact on people living with dementia and carers. More specifically, the project looked into the experiences of Black, Asian and Minority Ethnic groups, disabled and Deaf people and people who identify as lesbian, gay, bisexual or trans. By conducting an enquiry across three strands of equality we were able to better understand the longlasting impact of stigma and discrimination within health and care settings. We sought to understand the impact of discrimination using a symbolic interactionist perspective. What this means is that our starting point was the assumption that the sense of self is socially constructed and is developed and maintained through social interactions.

The project highlighted the key role of family members in 'managing' relationships with care givers and advocating on behalf of the person living with the dementia. This was a particularly important role when the needs of a person living with dementia were not  met due to the additional time that was required on a regular basis to achieve a good level of communication and behavioural compliance. This was accentuated when there were additional communication needs on top of dementia such as the use of British Sign Language or other minority languages that healthcare providers did not understand or were unable to access via interpreters.

As a result, D/deaf next of kin were not informed in a timely manner and were left out of key decisions particularly in unplanned and emergency care. This exclusion from key communication channels left carers deeply frustrated and disappointed that they were not able to care for their loved one as they wanted to in these crucial moments. This in turn diminished their sense of being next of kin and left long lasting psychological damage. The social sciences aim to bring these elements of patient and carer experience to the attention of healthcare providers who might not be aware about the ways that staff unconscious bias negatively impacts upon the care that is being delivered.

What can health and care professionals do?

Health and care professionals need to be able to address the communication needs of D/deaf patients and carers who are BSL Users through the use of in-person or virtual BSL interpreters and where that is not possible, such as in cases of unplanned and emergency care, to ensure that they can speak slowly and clearly to enable lip reading – recognising however that for many individuals from the Deaf BSL Community lip reading may be very difficult.   Individuals who are hard of hearing, where English is their first language, are more likely to be able to Lip Read effectively and written communication will assist.

This project was funded by the Higher Education Funding Council for Wales Enhancing Civic Mission and Community Engagement programme. 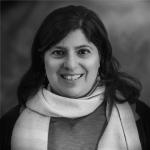